Apple unveiled the iPhone SE (3rd generation) at its “Peek Performance” event on March 8, along with a release date.

According to iMore, the accessory was added by the Belkin store as “Glass Protective Film” and has a release date of March 10, a Thursday. The item is still listed on the website’s catalog, displaying the message “Temporarily out of stock”.

As the establishment is an official partner of Apple, it is possible that it accidentally leaked the day of announcement or availability of the device. 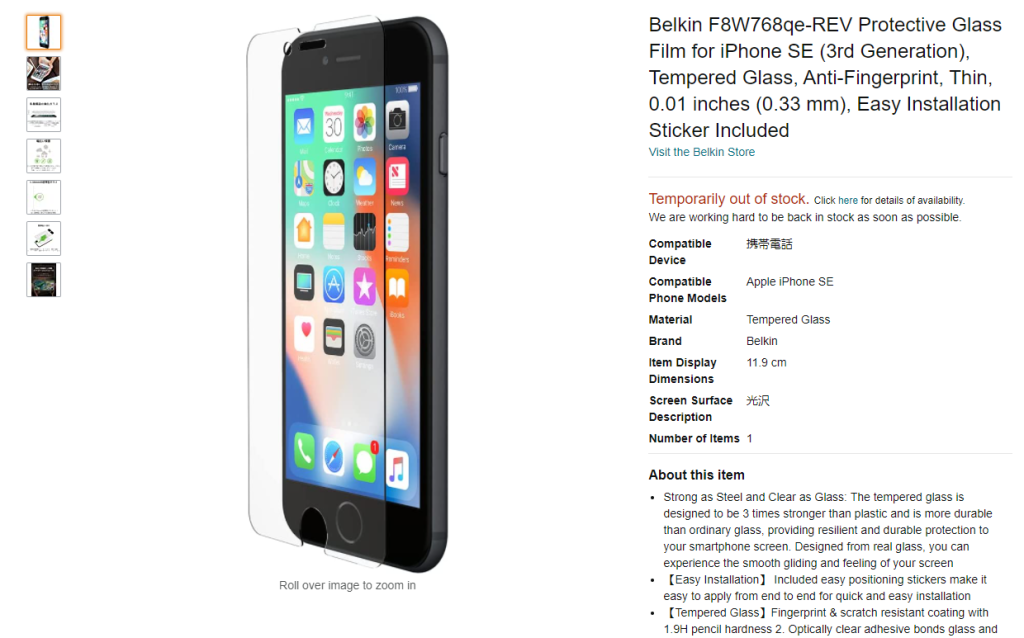 The expectation was that the device would be presented this week or early next, but the absence of invitations from the company to the press indicates that the conference will take place later.

According to previous speculations, the iPhone SE 3 (name not yet confirmed for the device) will have 5G support as a highlight, in addition to a similar look to the iPhone XR and the maintenance of the low price characteristic of this line.

Along with the iPhone, a new iPad Air with 5G will also be presented on the same day. Leaks about Apple’s next low-cost smartphone are only expected to increase in the coming days, so stay tuned for more news.

The new iPhone SE (3rd Gen) pre-order for all available colors are active now. iPhone SE will officially be on sale in the UK market starting from Friday, 18th March.

The iPhone SE (3rd generation) is priced at £419. This price increases if you require additional capacity and choose a device with 128GB or 256GB.

An upgrade from Apple’s A13 Bionic chip to the A15 Bionic is a significant addition to the new smartphone. This means that, despite its lower price tag, the new SE will have acceptable power and the ability to perform moderately complicated tasks. After all, that is the identical chipset to the one used in the iPhone 13 series.

Apple introduced this line-up as more of a budget-conscious entry, iPhone SE 3rd Gen does lack a few features which are currently added to its flagship models, such as Super Retina Display, Ultra-Wide lens, Face ID, and MagSafe compatibility.

iPhone SE (3rd generation) looks identical to the previous model, which was launched in April 2020 and was inspired by the iPhone 8. It retains the previous generation’s Home button, a 4.7-inch display, and broader black bezels.

While the design is clearly older in 2022, the physical home button and bigger bezels do distinguish the handset from the rest of Apple’s phone lineup and from competitors.

The new iPhone SE (3rd generation) supports 5G, whereas the previous model supported only 4G. While we have not yet had a chance to test the handset, Apple has stated that it has a longer battery life and is more durable than its predecessor.

iPhone 13: Samsung and LG are already working on OLED panels