As we’re getting closer to iPhone 13 launch, some design leaks emerged showing the new notch of the iPhone 13 would be 30% smaller in length than the current one.

iPhone 13: The notch will be smaller

Although the overall frame design of the iPhone 13 this fall will be almost identical to that of the iPhone 12 series, it seems that Apple wants to drastically reduce the size of the notch, or notch if you prefer.

The notch on the display first appeared on the apple range with the iPhone X in 2017, when the Cupertino giant drastically reduced the screen bezels. The design and size of the notch remained unchanged with the next three generations of iPhones. But it seems Apple is finally ready to make some design improvements in that specific area this year.

Based on the images shared by DuanRui on Twitter, we can see the notch of the iPhone 13 and the iPhone 13 Mini through the alleged screen protectors for the models. DuanRui refers to these as ” movie samples “, but it could be a translation error.

To confirm the previous reports, the images show how the notch will be smaller in width while the height of the insert will remain more or less identical.

Apple is achieving the width reduction by simply lifting the headset straight up into the top display bezel. The infrared and camera components will remain visible in the region of the notch on the screen. The photos show how the screen protectors will adapt to that change by not intentionally occluding the headset. 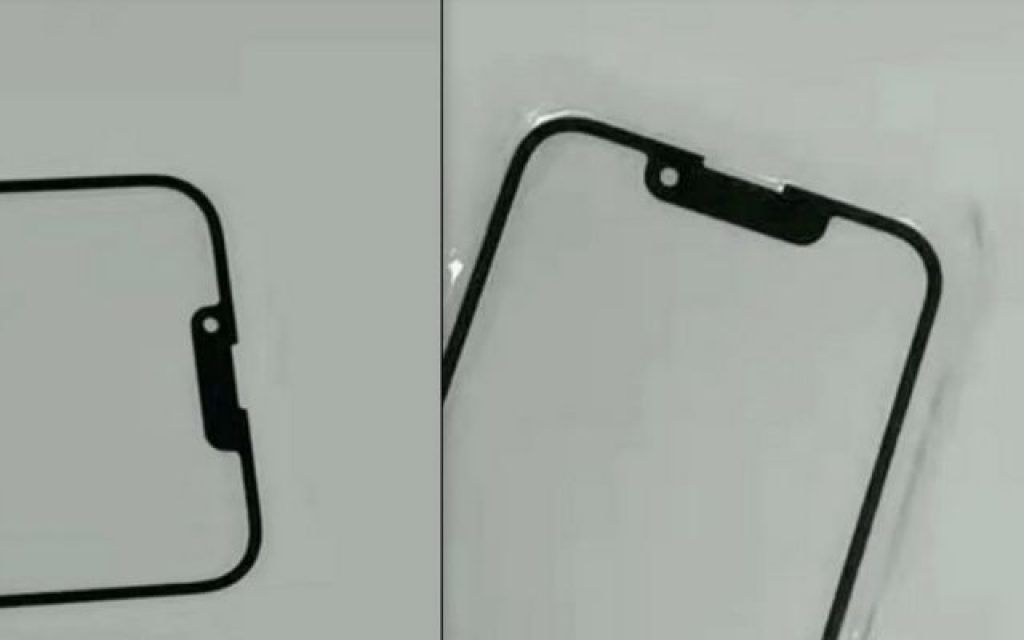 By superimposing the photos of an iPhone 12, we can estimate the proportional difference in size: the new notch will be about 30% smaller than its predecessor. This means that iPhone 13 customers will have slightly more screen for viewing content. However, it’s mostly considered an aesthetic change to make the iPhone design more modern in the face of competition from Android smartphones, many of which have already switched to punch-holes.

In 2022, analyst Ming-Chi Kuo said Apple will switch to a punch-hole display with a smaller circular cutout. However, fans of the “mini-iPhone” should be aware that the company may decide to remove the 5.4-inch model from the list.

In 2023, Kuo reported that Tim Cook’s OEM may be able to make an iPhone devoid of any disturbing elements.