After many leaks and expectations, Samsung has finally finalized an event focused on the Galaxy A lineup. The launch event will take place on March 17 and can be followed on the internet from 10:50 am, on the company’s official channels in Brazil and worldwide.

Samsung highlighted that the Galaxy A line is one of the most loved by Brazilians. The company also promised that the new devices will democratize innovations brought by Samsung to the mobile market. 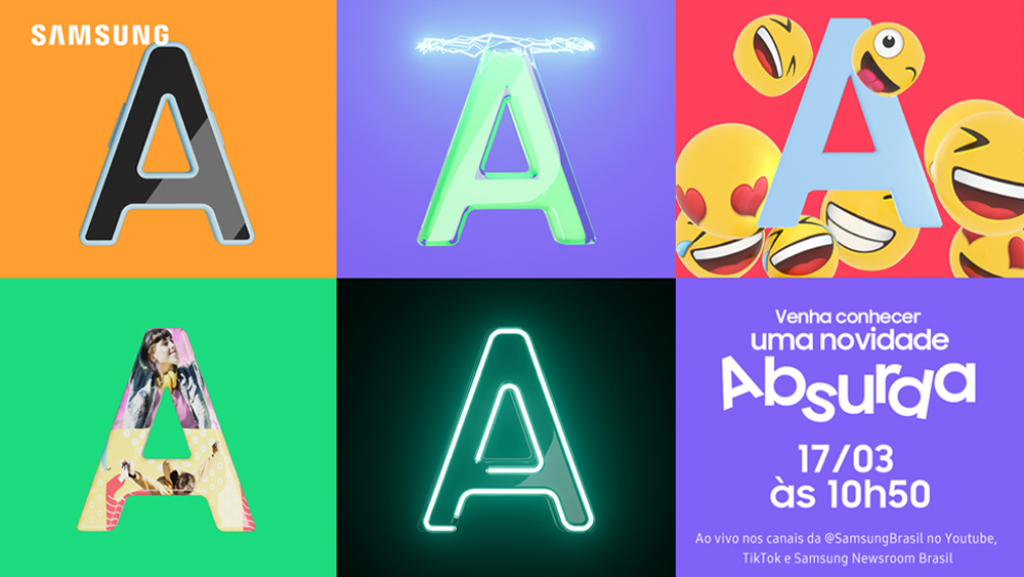 For those who want to follow the launch, just keep an eye on Samsung’s official YouTube, as well as on the brand’s social networks, this Thursday.

While Samsung has not given any clues about which phones will appear at the event. The highlights of the event are supposed to be the Galaxy A33, A53, and A73.

The devices have recently appeared in certifications, have appeared in leaked renderings, and have even been listed on official Samsung websites around the world. The most powerful model in the lineup has to be the Galaxy A73 5G, which appeared in listings under the codename SM-A736B.

The device that will best balance features and price is supposed to be the Galaxy A53 5G, which appeared in leaks with a 64 MP main camera. Finally, the A33 should be the cheapest model in the family, but without leaving aside technologies such as 5G.

iPhone 13: Samsung and LG are already working on OLED panels